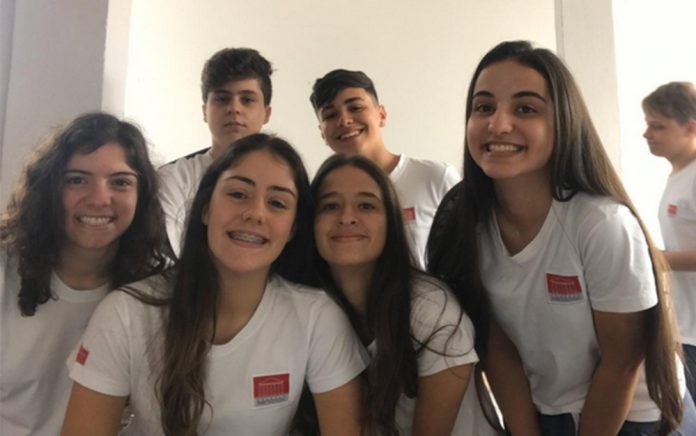 Our work has already been completed and we donated food to homeless people through a NGO called Bem da Madrugada.

We collected food and toiletries from students who wanted to donate.  After donations and an illustrative poster, the purpose of our work was to work on empathy and put ourselves in another’s shoes to see the situation of many people.

We have begun a new phase where we will show people outside of school what we have done through a virtual magazine.

The project “Bem da Madrugada” was something made by the G9 group, composed by Graziella Santos, Livia Lacava, Yasmin Guiraldelli, Tiago Frediani, Isabela Laxy e Henrique Cassiano. It had from the beginning the intention to help homeless people with donation and work with empathy, in addition to publicizing it. We have been contacted by an NGO to help with what to donate, where to donate and etc. This NGO was “Bem da Madrugada”, which was contacted first by instagram direct, and then made contact by WhatsApp, there was a on-line interview that follows:

G9: What are the most frequent reason why there are people living on the streets?

NGO: There are basically two reasons. Psychological disorders that trigger violence, alcoholism and constant drug use. And a few years ago the economic factor. That is, what the person earns from his work is unable to secure him dwelling.

G9: What is the relationship between you donors, with homeless people? Is it good? Have some ever been aggressive?

NGO: It varies a lot. It depends a lot on the moment of each one. Both voluntary and assisted. each case is a case.

G9: What is the feeling to work with that?

NGO: It’s amazing!! Knowing that for a moment, someone has had life made a little less worse, there is no preco. gratitude for having drinking water, bed, food and clothing as well.

G9: Per month, on average, how many people are helped?

G9: Most of the people you help are children, women or men?

G9: What is the age group of most residents?

G9: Is there a place there’s a higher concentration of homeless people?

G9: And what about women?  Do most have children or are they pregnant?

NGO: Exactly. The issue of drug and (male) abuse among them is very strong.

G9: Working with this, you think these people have some government assistance?

G9: Do you think most people who are on the street are by choice, or why didn’t you have a certain opportunity?

NGO: There is no simple answer to such a complex subject. Each case is a case. You have absolutely everything on the streets.

G9: This people have a job?

G9: Have there ever been homeless people with diseases?